Liberal Democrats won right across the country in May's local elections with successes from the Scottish Highlands to Somerset, from Kingston-Upon-Thames to Kingston-Upon-Hull, from Powys to St Albans.

The great British people deserve so much better than this law-breaking Prime Minister and his out-of-touch Conservative Government.

We gained control of three councils from other parties, meaning more Liberal Democrats in power, working to make a difference.

In Kingston-Upon-Hull, Liberal Democrats gained 3 seats to take the council from Labour.

Huge congratulations to the team on the ground. pic.twitter.com/H9i0btESP1

In shock results, the Lib Dems also gained two councils from the Conservatives. Gaining four councillors and a majority in Woking, and electing 16 councillors to take control of Gosport.

In Somerset, we gained 37 councillors for a total of 61. Cllr Sarah Dyke even beat the Head of the Conservatives' dedicated anti-Lib Dem unit!

In Westmorland and Furness, we gained 13 seats for a total of 36. 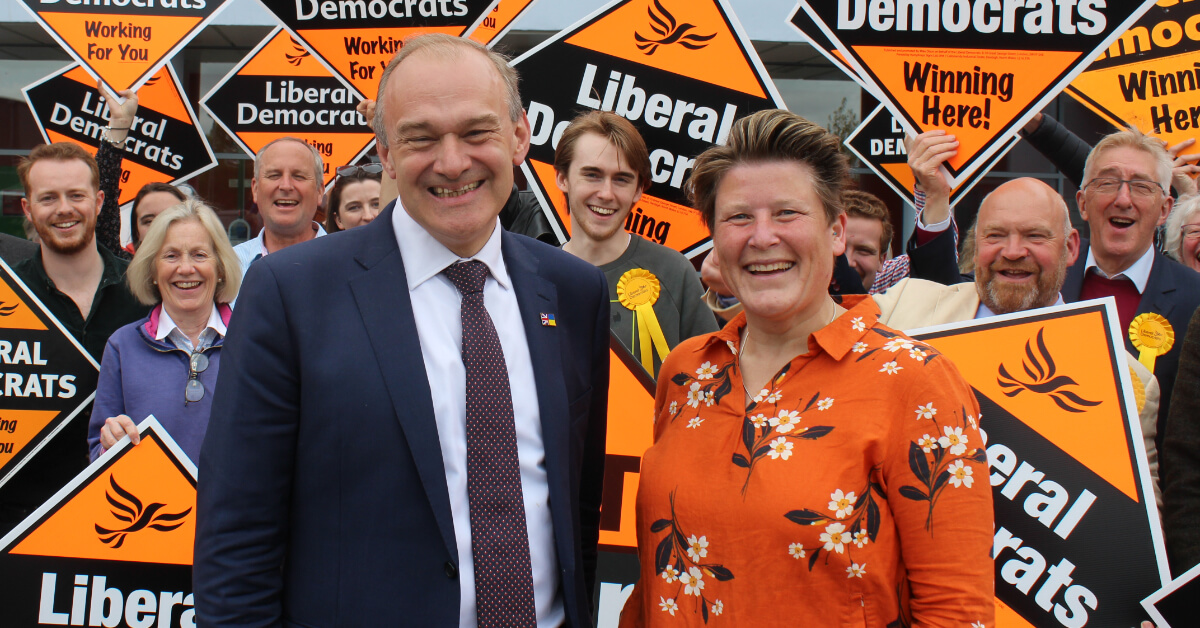 The Scottish Liberal Democrats increased their number of councillors by 30% in this election. 87 councillors were elected with big groups in the Highlands (15), Aberdeenshire (14), Fife (13) and Edinburgh (12).

Big gains for the Lib Dems across Scotland, 87 councillors, 20 gains.

More gains than Labour and the Greens.

Today we have shown that you don't have to vote Tory to oppose the SNP. pic.twitter.com/H13aqfszij

On the up in Wales

Liberal Democrats in Wales gained seats to elect 69 councillors. Lib Dems won from both Labour and the Conservatives, with six gains in Swansea and ten gains in Powys where we are now the biggest party.

Beating the Tories where it matters 🎯

We won in seats where we can beat the Conservatives at the next General Election.

Liberal Democrats are winning and we're ready to beat Conservative MPs at the next General Election. 🔶⏫ pic.twitter.com/26RcUauSdF

An INCREDIBLE result in St Albans.

Liberal Democrats were the only party to hold all the councils we were defending, with eleven holds. In Watford, Lib Dem Mayor Peter Taylor was re-elected.

Tories out of power 🛑

We made three gains in Huntingdonshire, four in West Oxfordshire (home to David Cameron!), and five gains in Wokingham.

Liberal Democrats have shown we can beat Conservatives.

At the next General Election we can defeat Conservative MPs and throw the Conservatives out of Downing Street.@EdwardJDavey #Raworth pic.twitter.com/AhoKpjGM2P

Thank you to every Liberal Democrat member, volunteer, candidate and voter who made these results possible!

Published and promoted by S. Lucas (12 Standhill Close, Hitchin, Hertfordshire, SG4 9BW) on behalf of North Hertfordshire and Stevenage Liberal Democrats. The Liberal Democrats and their elected representatives may use the information you have provided to contact you. Some contacts may be automated. By providing your data to us, you are consenting to the data holders making contact with you in the future by telephone, text or other means, even though you may be registered with the Telephone Preference Service. You can always opt out of communications at any time by contacting us. For more information go to www.libdems.org.uk/privacy.

The views expressed are those of the publisher, not of the service provider.